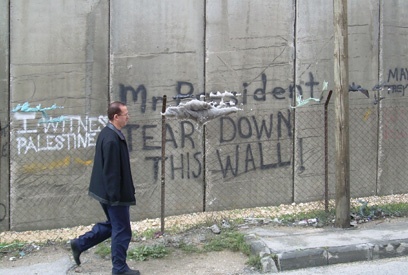 What Now For Palestine?

Sixty years after Israel was created, the future of Palestine is uncertain. Palestinians, who once felt themselves to be a cohesive nation, are fragmented into refugees and exiles, occupied people, citizens of Israel, and are now sub-divided yet again into followers of Fatah, Hamas, and other political and religious groups. What future for Palestine now? George Galloway, Respect MP for Bethnal Green And Bow, Ilan Pappé, author of The Ethnic Cleansing of Palestine; Dr Azzam Tamimi, director of the Institute of Islamic Political Thought, London; Ghada Karmi, author of Married to Another Man: Israel's Dilemma in Palestine and research fellow at the University of Exeter. Chair: Abdel Bari Atwan, editor-in-chief of Al-Quds and author of The Secret History of al-Qaida.