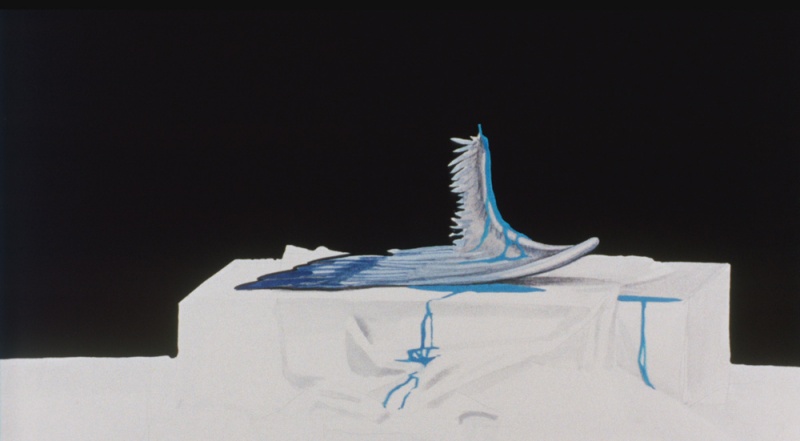 This display in the Fox Reading Room focuses on the work of Polish painter, sculptor and filmmaker Walerian Borowczyk (1923 - 2006).

Primarily known for his erotic feature films such as Immoral Tales (1974) and The Beast (1975), Borowczyk trained in painting and sculpture, a background that greatly influenced his approach to filmmaking. Having established himself as a poster designer in Poland during the 1950s, Borowczyk emigrated to France in 1959, where he worked first as an animator and later as a live-action filmmaker. Throughout his career, Borowczyk became associated with key figures in both the Polish and French avant-garde, including the poster artist Jan Lenica, ciné-essayist Chris Marker, electro-acoustic composer Bernard Parmegiani, as well as surrealists such as André Breton, André Pieyre de Mandiargues and Max Ernst.

Featuring rarely seen preliminary studies for his ground-breaking animations Les Jeux des Anges (1964), Le Dictionnaire de Joachim (1965) and Théatre de Monsieur & Madame Kabal, (1967), and unique wooden sound sculptures, this display is the first in the UK to be devoted to this unique and often overlooked artist and filmmaker.

Taking centre stage is Borowczyk's 1964 animation, Les Jeux des Anges. Featuring barren lunar landscapes, windowless spaces and mutilated angels, it captures many of the aesthetic tropes and themes found in his oeuvre as a whole.

This display coincides with the retrospective around Walerian Borowczyk as part of Kinoteka 2014 featuring film programmes and events both at the ICA and the BFI.