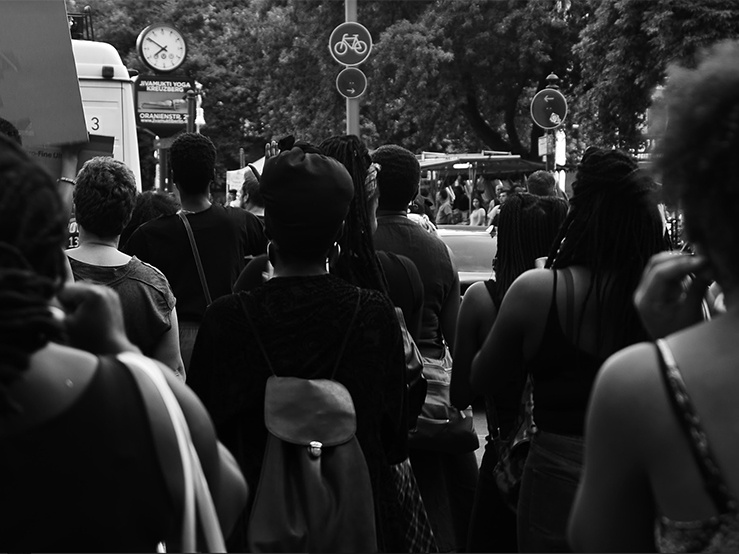 Towards a Fugitive Feminism

In 1851, Sojourner Truth delivered her now iconic speech ‘Ain't I a Woman?’ at the Women's Rights Convention in Akron, Ohio. Truth's speech is one of the earliest recorded instances of intersectionality. She demanded the recognition of Black women as women and demonstrated how being positioned at the intersection of race and gender constitutes a double jeopardy which undermines Black women's claims to justice and equality.
In 2018, Black women are still making remarkably similar claims for recognition and respect as women. In this talk, Akwugo Emejulu draws on the work of Black radical theorists such as Saidiya Hartman, Hortense Spillers, Stefano Harney, Fred Moten and Tina Campt to explore the impossibility of Black women's claims to and inclusion in ‘womanhood’, and examines the implications this has for contemporary Black feminist politics. Akwugo Emejulu argues that Black feminism is fundamentally destabilised by these analyses but can be reconstructed through different ontological and affective relations of the self, which she names ‘fugitive feminism.’
Response and audience Q&A led by Mariel NO

Akwugo Emejulu is Professor of Sociology at the University of Warwick. Her research interests include the political sociology of race, class and gender and women of colour's grassroots activism in Europe and the United States. She has co-authored Minority Women and Austerity: Survival and Resistance in France and Britain (2017) and co-edited the forthcoming publication To Exist is to Resist: Black Feminism in Europe. Emejulu’s work has appeared in the journals Ethnic and Racial Studies and Politics & Gender among others. Her new project The Politics of Catastrophe explores women of colour’s organising against austerity and the far right and for migrants’ rights in the UK, the Netherlands and the US.

Mariel NO is an illustrator and Assistant Arts & Culture Editor for gal-dem. Her work covers the intersections of race and sexuality, and uses craft forms to explore gendered approaches to representation. Outside of editing, she spends her time working in global media strategy and consulting.