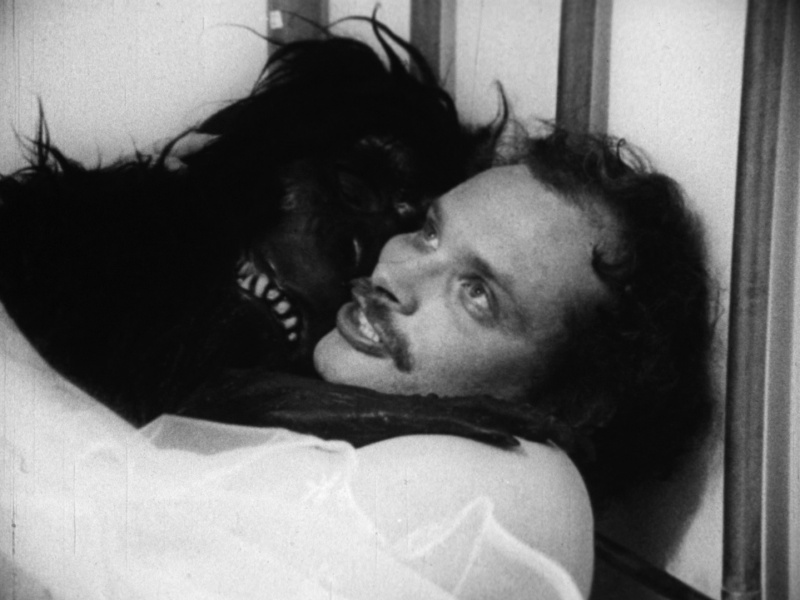 Restored from the only existing full theatrical print, the late Curt McDowell's Thundercrack! (1975) is presented in its entirety for this special Halloween screening. Hailed as the only underground adult art-horror feature film starring four men, three women and a raft of rampaging circus animals, McDowell's kinky film is not for the fainthearted. Shot in his signature idiosyncratic style, with a script by relentless artist, filmmaker and regular collaborator George Kuchar, Thundercrack! runs for an epic 160 minutes including a brief interval, reinserted as the director intended.

On a wet and windy night, several men and women travelling the road take refuge inside Prairie Blossom, an archetypal creaky haunted house. Cavorting under the voyeuristic eye of their unhinged host Mrs Hammond, mayhem ensues when a trailer of circus animals travelling at night crashes and sets its occupants loose, including a toothless lion, a near-blind elephant, and an amorous female gorilla. This pornographic film is the strangest, darkest and funniest you are likely to see.