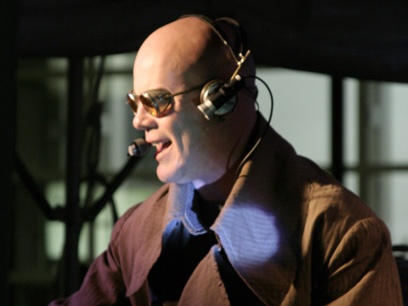 A special performance by the groundbreaking Mr Dolby to mark the 50th anniversary of the launch of Soviet satellite Sputnik - an event which initially triggered awe and wonderment around the globe, followed by Cold War paranoia and nuclear panic. Part one of the show will be a live electronic soundtrack to rare film clips of the launch and orbit of Sputnik, composed by Dolby along with thereminist Bruce Woolley, with his Radio Science Orchestra. In the second part TD will perform his celebrated one-man show in which he loops and layers sounds in real time, growing them into evocative, poignant electronic songs.