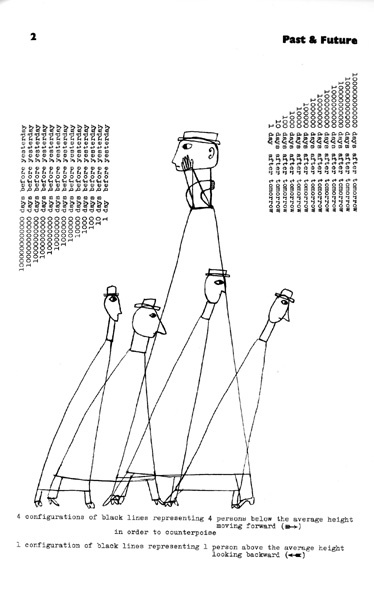 The Themersons: 1 Day Before Yesterday – 1 Day After Tomorrow

A day of presentations, talks, events, and films about the multifaceted and encompassing collaboration of the Themersons (Franciszka Themerson, 1907-1988, and Stefan Themerson, 1910-1988) that traverses six decades. Surviving on a diet of interrelated activities and a refusal to conform, the couple’s output defied categories and covered experimental films, drawings, photograms, independent publishing, novels, and children books, essays on philosophy, language, ethics, art, typography and more.

In 1948, the Themersons founded the Gaberbocchus Press in London, 'to be free to publish what they wanted and in what form they wanted.' And they published over sixty titles in the next 30 years by writers and visionaries such as Alfred Jarry, Raymond Queneau, Heinrich Heine, Kurt Schwitters, Bertrand Russell, Barbara Wright, as well as books of their own.

As an offshoot from the press the Themerson’s hosted from 1957-59 the Gaberbocchus Common Room in the basement of the press on Formosa Street as a place where likeminded people from the arts and sciences convened on a weekly basis for lectures, discussions, film shows, readings and music recitals.

The events at the ICA adopt their spirit, and present work by the Themersons and other projects that continue to defy categories in their vein.