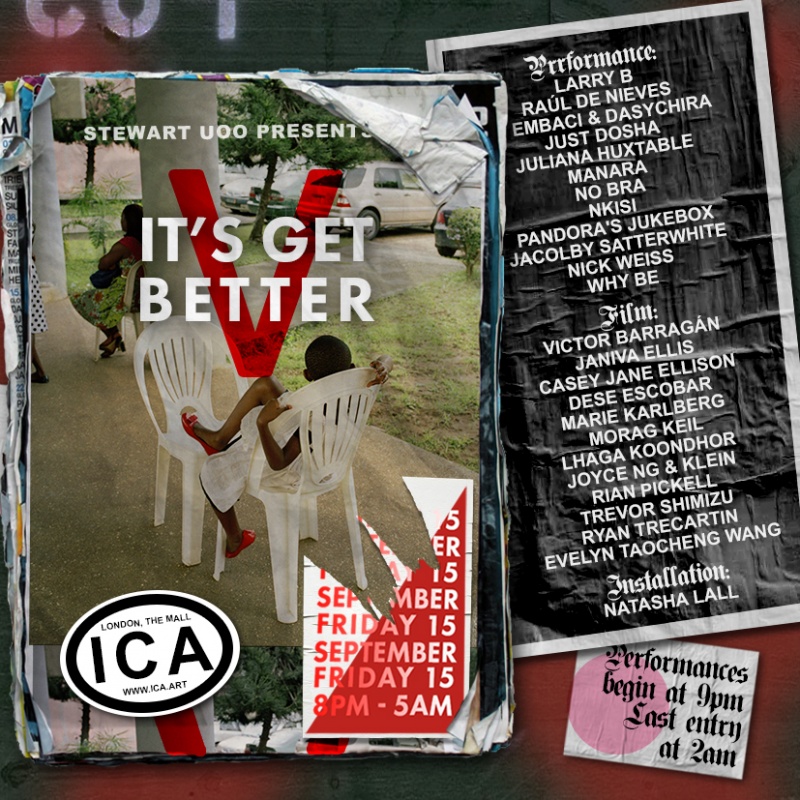 Performances begin at 9pm and run through the night

Early arrival and ticket presale recommended, tickets £10 on the door

Starting at sunset and ending at sunrise, It’s Get Better is an annual night that brings together musicians, artists, performers, and poets alongside film and video works. Including for the first time at It’s Get Better, a cinema programme of artist-selected sex-positive films. Occurring for the first time outside New York City, It's Get Better V will extend across the Institute of Contemporary Arts, moving from performance, to screenings, to dance party.

The night springs from a community of Uoo’s friends, collaborators and heroines, and is organised around perspectives from persons of colour and investments in queer, feminist and radical content. It’s Get Better debuted at Artists Space in New York in 2013, and continued at MoMA PS1, New York, in 2016. Past participants have included rising stars such as Juliana Huxtable, DeSe Escobar, Ian Isiah, Jacolby Satterwhite and Raúl de Nieves, alongside established artists and performers such as Shelley Hirsch, Ryan Trecartin, Isa Genzken and Charles Atlas.