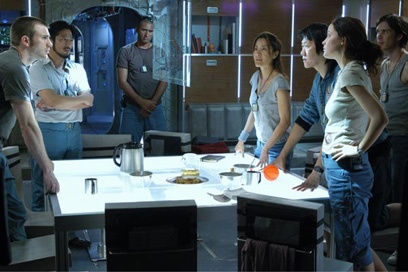 An exciting, emotional and provocative science-fiction drama from director Danny Boyle, producer Andrew MacDonald and writer Alex Garland that conducts a visionary re-vamp of a familiar sci-fi scenario. The crew of Icarus II have set their controls for the heart of the sun, in order to deposit a bomb that will re-ignite the dying star. However, a moral quandary prompts a radical rethink of their all-important mission. Sublime visuals, sharp writing and a story that springs constant surprises, all wrapped around a very strong human core.

Danny Boyle will be interviewed on-stage following the screening of Sunshine.