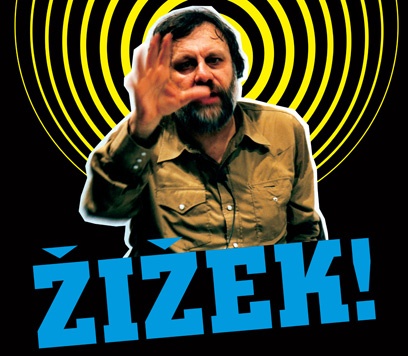 "He possesses the kind of mind that never stops churning, and his compulsive thinking is both thrilling and exhausting." New York Times

Direcor Astra Taylor follows Slavoj Žižek from Buenos Aires to New York and then on home to Ljubljana and his modest apartment, recording his energetic and provocative psychological observations in lecture halls, restaurants and even in bed. As the New York Times added, while "he is often playful and self-mocking, he is never less than completely serious".