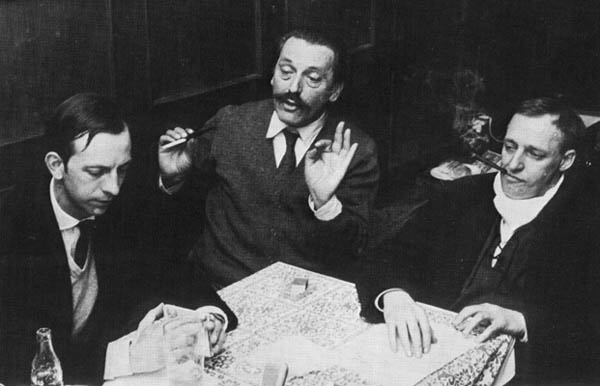 The Situationist International, led by Guy Debord and central to the Paris uprising in May 1968, published many incendiary texts on politics and art in the journal Internationale Situationniste. One central theme to their work was rethinking the city: from a site for routine consumption and work to a utopia that breaks down barriers between function and play. Tom McDonough, Associate Professor of Modern Architecture and Urbanism in the Art History Department at Binghamton University, will be in conversation with Owen Hatherley to explore this re-imagining of the city as a revolutionary utopia.

Tom McDonough is an editor of Grey Room, Guy Debord and the Situationist International and the author of The Beautiful Language of My Century. His new book, The Situationists and the City: A Reader , is published by Verso Books.

Owen Hatherley is a lecturer and journalist who regularly contributes to Building Design, New Statesman and New Humanist and has also written for The Guardian, Icon, Blueprint, Socialist Worker and Socialist Review.  His new book, Militant Modernism , is published by Zero books.

→ Read more about The Situationists and the City and other Verso books.
→ Guy Debord's Society of the Spectacle on Youtube.