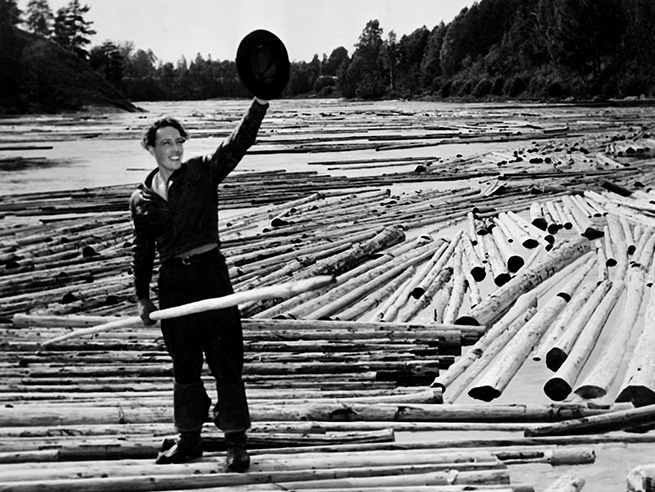 Celebrated as a national treasure in his homeland, the films of Finnish director Teuvo Tulio are tragically unseen and unknown in the UK, but thanks to the release by the National Audiovisual Archive in Finland of four of his seminal works in the Europe’s Finest classics catalogue, we can at last discover this major world class talent.

Specialising in the much maligned genre of melodrama, heavily influenced by George Cukor, Ernst Lubitsch and Josef von Sternberg, these spectacular depictions of suffering and sex cast a long shadow over directors like Aki Kaurismäki and Guy Maddin, to name but two. Expressionistic montages, fast-cutting, an obsession with kittens and sailors, searing close-ups of wild eyed women desperate to escape the social constraints and taboos of their time: this is a cinema of high romance and impassioned yearning.

The films shown here divide neatly into his earlier bucolic visions of lusty Finns cavorting in the haystacks of a pre-war Europe and the later 'social issue' films exploring a series of women forced by poverty to leave the safety of the countryside for the treacherous temptations of employment in the city.

It's the fate of his female characters that drives Tulio. His camera, like von Sternberg's, adores his leading ladies. His films blend a swooning romanticism with an unsettling darkness as he repeatedly shows how society strips these women of their glamour and dignity, pushing them into madness, prostitution and poverty.

Tulio's fetishistic visions of poverty and vice are at once thrilling and poetic. As Finnish scholar Anu Koivunen explains, 'Tulio was both an idealist and a producer of cheap films,' which are at once cries for justice and hugely entertaining epics.

As part of this season we're also delighted to be screening The Women by Tulio's idol George Cukor. We're also showing a pair of contemporary masterpieces, Aki Kaurismäki's The Man Without A Past and Guy Maddin's The Saddest Music in the World, both of which bear witness to the lasting influence of Tulio's, until now, lost masterpieces.