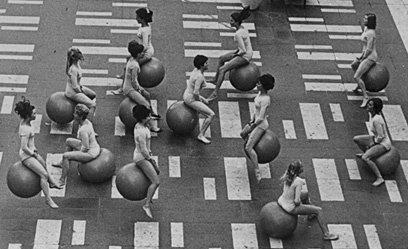 Sweden has historically been considered an international front-runner in regards to social reforms, health care, sexual equality, freedom of speech and actively working against bigotry and double standards. This has in many ways been reflected in Swedish cinema, most evident in the films from the sexual revolution of the late 1960s and early 1970s. These films had such an impact that many of us still associate Sweden with skinny dipping, promiscuity and voluptuous blondes, and this weekend of films won't do much to change that perception.

We are celebrating the golden era of Swedish 'sexploitation' courtesy of Klubb Super 8, who bring to the ICA a retrospective, a specially prepared illustrated lecture and legendary Swedish exploitation film star Christina Lindberg, who will introduce her films and take part in a Q&A session.

Special offer: come to any Swedish Erotica screening and show your ticket to get half-price entry to Amora, the world's only museum dedicated to sex, love and relationships, or visit Amora then come to the ICA with your ticket to get ICA Members' price tickets to Swedish Erotica screenings, with access to the bar and galleries. Offer valid until end October 2007 only.

Presented in association with Klub Super 8