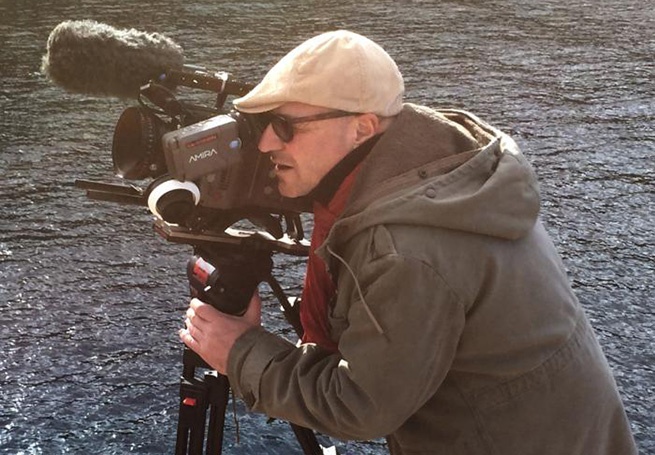 The ICA is pleased to host the first ever solo UK retrospective dedicated to the cinema of Gianfranco Rosi. Join us for a unique and unprecedented opportunity to watch the films and share and exchange questions and perspectives directly with the filmmaker before and after each screening.

For the first time in the UK, the ICA hosts a complete retrospective of Gianfranco Rosi's entire body of work. A series of screenings and conversations provide an opportunity to encounter the stories and characters of the Golden Bear & Golden Lion-winning Oscar-nominated Italian filmmaker.

The cinema of Gianfranco Rosi challenges the viewer constantly to find a new way of experiencing narratives. Rosi's films go to the essence and the essential. They engender dialogues between the auteur, the subject matter and the spectator, with a particular emphasis on places and displacements.

The season offers a frame through which we look at the life of a boatman from Varanasi (Boatman, 1993) before moving to communities living on the fringes of society (Below Sea Level, 2008). We then find ourselves face-to-face with a masked drug lord from Mexico (El Sicario, Room 164, 2010) before returning to Gianfranco's homeland for an on the road conversation with the Italian writer and architect Renato Nicolini (Tanti Futuri Possibili, 2012) and an investigation of Rome's (in)famous outskirts and the stories of those who live there (Sacro GRA, 2013). The season concludes with a dramatic reflection on issues of migration, as explored from the perspective of Lampedusa island's local community in the Oscar-nominated Fire at Sea (2016). (Notes by Nico Marzano)

Gianfranco Rosi was born in 1964 in Asmara (then in Ethiopia, now in Eritrea). He moved to New York in 1985, where he later graduated from the New York University Film School. Following a trip to India, he produced and directed his first medium-length film, Boatman (1993), presented at several international festivals. In 2008, he won the Prix Horizons and Doc/it for his first feature film, Below Sea Level at the Venice Film Festival, and the Golden Lion in 2013 for Sacro GRA, malking the film the first feature documentary to be its holder. In 2016, Rosi went on to win the Golden Bear at the Berlin International Film Festival and was nominated both at the Oscars 2017 and the César 2017 for his documentary Fire At Sea.