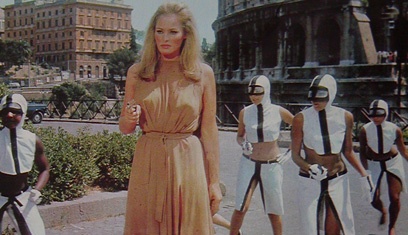 Fashion in Film: If Looks Could Kill

"a must-see for any style-conscious movie buff" i-D

The second Fashion in Film festival, If Looks Could Kill, explores the compelling links between cinema, fashion, crime and violence.

Tackling themes such as disguise, the expression of desire, juvenile delinquency and the corruption of beauty, the festival features a string of underworld characters and their prosecutors whose highly effective costuming, styling and sartorial gestures helped define cinematic genres from detective to thriller, gangster, film noir and horror.