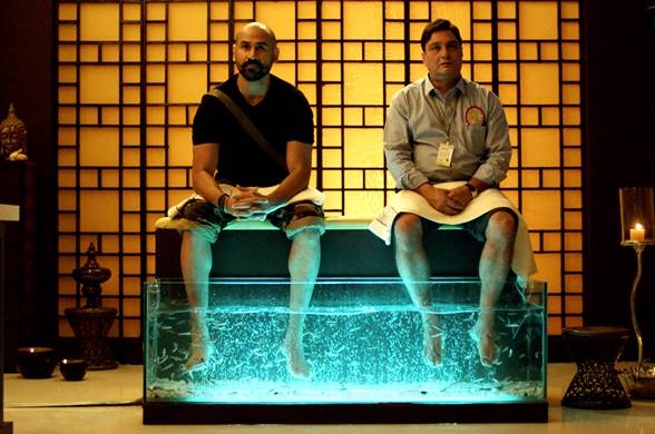 Films include the winner of this year’s Berlinale Crystal Bear, Ottaal (The Trap), directed by Jayaraj, a powerful film on the issue of child slavery, the delightful Cinemawala,  which tells of one Bengali man’s fight for his film cinema challenging the digital age, and Nepali film Kalo Pothi (Black Hen), a drama about two school boys with a plan to save their favourite chicken, set against the backdrop of Maoist revolution. For the Love of a Man, screened at Venice last year, is a fascinating documentary on the fans that support South India’s god-star Rajinikanth. The darkly comic Island City tells of a short-fused workaholic Mumbai office worker forced to go on a corporate ‘fun-day’. Finally, don’t miss this year’s six shortlisted films drawn from all over the world competing for the coveted Satyajit Ray Short Film Competition prize.

Audience participation is welcome! So please ask questions at the many Q&As with visiting filmmakers and don’t forget to fill in voting slips for your favourite film to help it win the coveted LIFF Audience Award!

Find out more about the festival