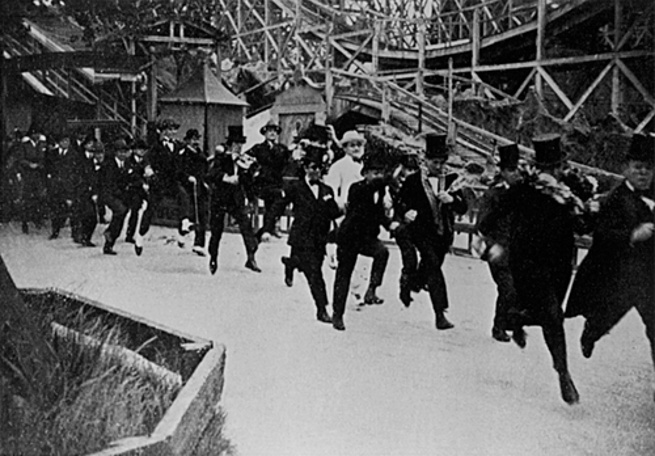 2016 marks 100 years since the birth of Dadaism. In 1916, a pokey club in the backstreets of Zürich became the birthplace of a movement for like-minded artists who sought an escape from the horrors of the First World War. In this way, Dadaism was born, an anti-art movement that rejected the rules that both society and art imposed. This group had a determined anti-establishment attitude, proclaiming nothingness. Or, in the words of Francis Picabia:

The movement proved a breeding ground for the exchange of ideas. This lead to many fruitful collaborations, such as Hans Richter and Viking Eggeling's writings on abstract film, or René Clair, Francis Picabia and Eric Satie’s collaborative short film in Entr’acte (1924).

Dada questioned established modes of viewing to create different realities; it was not a neutral medium showing the truth, but one that allowed for playfulness. Many of the era’s innovations now belong in the canon of experimental film.

Join London Short Film Festival and Zürich's Internationale Kurzfilmtage Winterthur festival for an evening rediscovering some key Dada short films, as well as an exploration of how the movement has influenced modern filmmakers.

The event forms part of Zürich Meets London: A Festival of Two Cities, a multi-venue festival in London that includes cultural, scientific and culinary events.