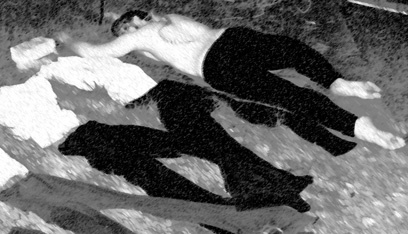 Round Table: Can Verbatim and Political Theatre Change the World?

Practitioners and critics will ponder and expand on this question in a one and a half hour round-table debate. The guests and the audience will reflect upon works which have gone toward achieving this goal as well as looking to the future of this field. Our panel have all worked extensively in this genre, and will be sharing their varied experiences.

Host: Toby Young, journalist and the author of How to Lose Friends and Alienate People and The Sound of No Hands Clapping. Young is an associate editor of The Spectator and a regular contributor to The Evening Standard and The Guardian.

Dennis Kelly's most recent play is Taking Care of Baby, a verbatim play to be seen at the Hampstead Theatre from May 2007. Other plays include Osama the Hero (Hampstead Theatre 2005), and Love and Money (Royal Exchange Manchester and The Young Vic, 2006).

Charlotte Westenra's directing credits include Kiss of the Spider Woman at the Donmar Warehouse, Gladiator Games at Stratford Royal East and We, The People at the Shakespeare's Globe.

Dr. Tara McAllister-Viel. While in Chicago, she worked with her own company devising projects based in the Chicago "Studs Terkel"-style interview/oral history tradition. Tara has completed several Verbatim theatre projects in Seoul, Korea.

Richard Norton-Taylor is the Guardian's Security Affairs Editor. He broadcasts regularly on the BBC and other stations. With John McGrath, he wrote Half the Picture, an adaptation of the Scott arms-to-Iraq inquiry which won a Freedom of Information Campaign award and a Time Out Drama Award. He also wrote The Colour of Justice, an edited version of the Stephen Lawrence Inquiry and in 2007 he presents Called to Account: The indictment of Anthony Charles Lynton Blair for the crime of aggression against Iraq - a Hearing. His recent books include Truth is A Difficult Concept: Inside the Scott Inquiry and Knee Deep in Dishonour, on the arms-to-Iraq affair.

Dr Jonathan Holmes lectures at Royal Holloway, University of London. His play Fallujah, starring Harriet Walter and with music by Nitin Sawhney, is currently running in a space designed for the production on Brick Lane in May 2007. Jonathan has directed and produced more than twenty theatre productions, including plays by Shakespeare, new writing, devised work and site-specific collaborations. He is currently shooting a documentary feature film entitled Perpetual Peace, with Noam Chomsky, Tony Benn, Harold Pinter, John Berger and others.

Amber Massie-Blomfield is a final year BATP Performance Arts student and the author of several plays including Things You Remember When Drowning and, most recently, A Thousand Words, Tessellate Theatre's response to the history of genocide and the current situation in Darfur. Forthcoming projects include a monologue produced for Age Concern about issues effecting older people due to be performed by Stephanie Cole in November, and a collaboration with Sudhanshu Swaroop, a human rights lawyer, investigating Britain's policy on torture.

Further panellists will be confirmed closer to the date of the event.