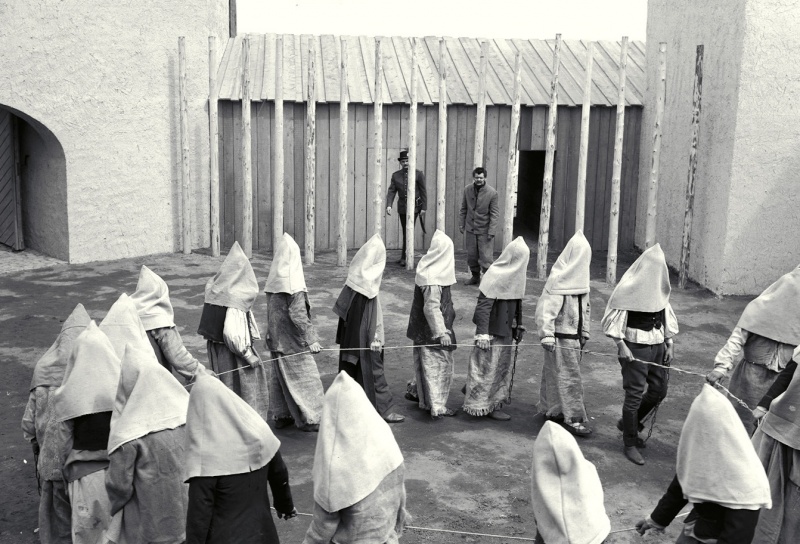 'People need to see Jancsó’s really beautiful three or four first movies. The highest mountain is The Round-Up...'
- Béla Tarr
'It is rarely advisable to call a film a masterpiece after a single viewing, but this is what I consider The Round-Up to be'
- Phillip French

On many writers', critics' and filmmakers' 'Best Film' lists, The Round-Up is set in a detention camp in Hungary 1869, at a time of guerrilla campaigns against the ruling Austrians. Jancsó deliberately avoids conventional heroics to focus on the persecution and dehumanisation manifest in a time of conflict.

Filmed in Hungary’s desolate and burning landscape, Jancsó uses his formidable technique to create a remarkable and terrifying picture of war and the abuse of power that remains relevant even today.