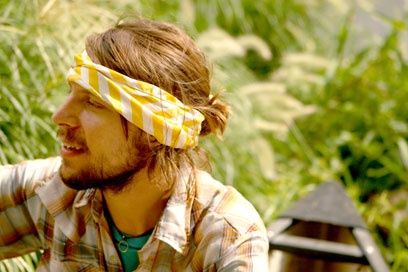 While a Viking Moses show often finds him on his knees wailing like a man possessed, he is just as at home with a softly picked nylon-string acoustic guitar, a bass, and some gentle piano flourishes. He has played with Will Oldham, Cat Power, Songs: Ohia and Devendra Banhart, to name a few.

With support from Blue Rose Code: Caledonian soul, but not as you've heard it before. Originally hailing from Edinburgh via the Isle of Lewis, Blue Rose Code have been making waves on the London alt-folk scene. Not quite folk, not quite soul, they'll draw you right in. Blue Rose Code's debut mini-album, Rawlnish, will be released in the New Year. See www.myspace.com/bluerosecode. Plus Roots & Shoots DJs.