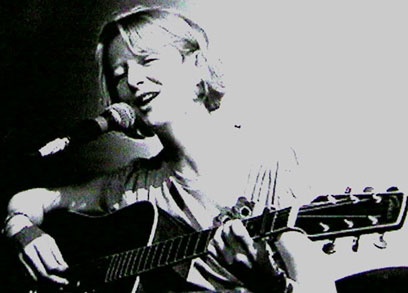 Roots and Shoots returns to the ICA theatre following a long hot summer of festival action!

Headlining this month is The Memory Band who began life at the turn of the 21st century, the progeny of one time Gorodisch electronicist Stephen Cracknell, his computer and a lot of imagination. Now a sextet (sometimes bigger), the 'in-the-flesh' version of the Memory Band had come a long way from computer loops and now boasted some hot-blooded permanent members like singer Nancy Wallace and fiddle player Jennymay Logan (of the highly respected Elysian Quartet), who, alongside guitarist-singer-leader Cracknell, would propel the group into an exciting, life-affirming on stage spectacle that would win legions of new admirers at the band's ensuing Green Man Festival, Glastonbury and Big Chill appearances.

Look out for the new album, being released on Peacefrog, home to the much loved Jose Gonzales.

Support comes from James Raynard, a young English folk singer, guitarist and fiddle player, based in Yorkshire, who is signed to One Little Indian Record's new folk imprint Unearthed. His debut album Strange Histories, produced by Jim Moray, was released in 2005. Paul The Girl kicks off the night, with recent reviews describing her as "a curiously warped hybrid of Nick Cave and Noel Coward" (London Metro) and " the most singular female talent the UK has produced in 20 years" (Mojo). Get here early to check out this phenomenal new talent.

As always the Roots and Shoots DJs will be spinning records in the bar alongside special guest from People Tree Records The Crowman plays folk from the other side of the fence and from the dark side of the road. A murderous mix of sooty-winged ditties, acid-folk freakouts and haunting refrains from the forests of the wyrd!