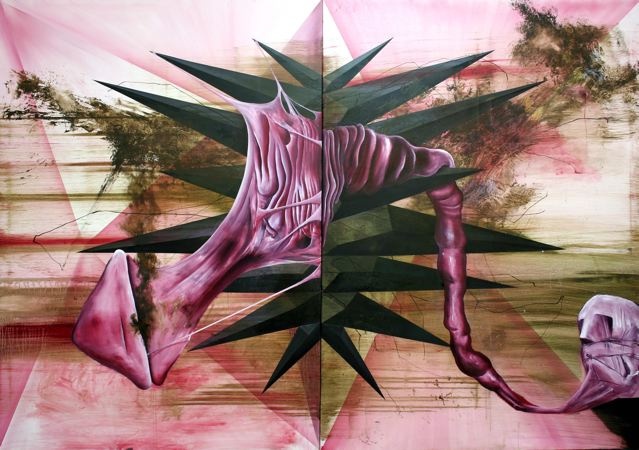 Each painting evokes the actions of scratching, pulling and prodding, creating a sense of depth as one representational element penetrates another. Organic forms taper into talons as they scrape against the walls of their own interior. Mixing the imagery of Constructivism, Francis Bacon and Paul Thek, these dark invocations are ultimately indebted to the language of surrealism.

In 2006, Janas participated in the group show Infinite Painting: Contemporary Painting and Global Realism, curated by Francesco Bonami at the Villa Manin Centro d’Arte Contemporanea, as well as Polish Painting of the 21st Century at the National Gallery of Art in Warsaw and the 50th International Venice Biennale in 2003. Janas lives and works in Warsaw.