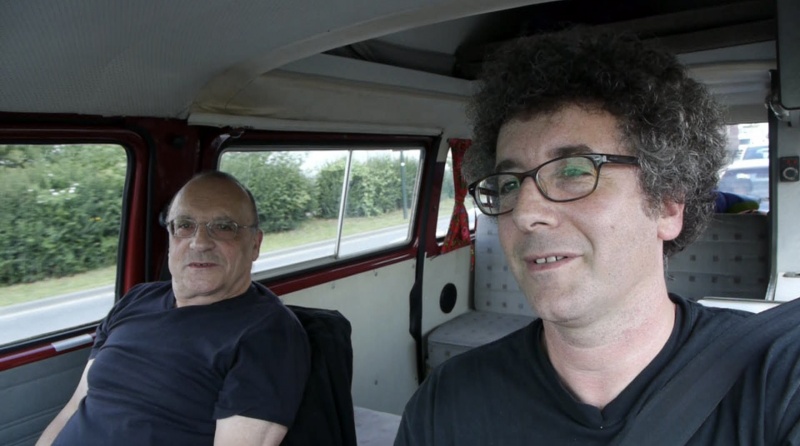 A father and a son go on a road trip across Europe. They discuss their past, relationships and differences. This simple set-up opens up a world of conflicts, misunderstandings and grievances that have divided them for many years. Can their relationship, any relationship for that matter, survive this level of honesty?

After exploring the difficult human interactions of his protagonists for many years, Lozinski decided to turn the camera on his own problematic relationship with his father, a respected Polish documentarian. An attempt at a voluntary therapy session, Father and Son is a precursor to Lozinski’s latest You Have No Idea How Much I Love You.

This screening opens with Lozinski's short Sisters, in which two elderly sisters sit on a bench and talk. The older one has only harsh words to say towards the younger sister. This short 11-minute excerpt of their lives becomes a testament that our most hurtful critics can be those closest to us.