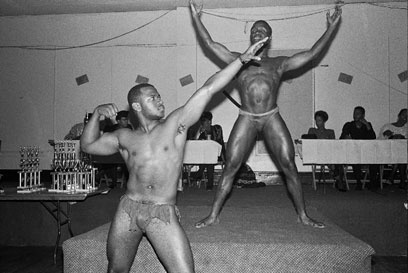 Kickstart the New Year with the re-release of this fascinating, life-affirming classic documentary that immerses the viewer in the world of 'drag balls' - a vibrant New York demimonde that thrived at the end of the '80s and, most famously, inspired Madonna's 'Vogue'. The troupe of outcasts and outsiders may mimic the strait-laced, workaday world but their performances are for one another rather than the public; director Jennie Livingstone captures the rituals, dance routines and many colourful characters that make up this underground community.

Since the film was finished in 1990 a number of its stars have passed away, amongst them Dorian Corey, Anji Xtravaganza, Pepper LaBeija and, most recently, Willi Ninja - known as the 'Godfather of Vogueing' - who sadly died last September at the age of 45.