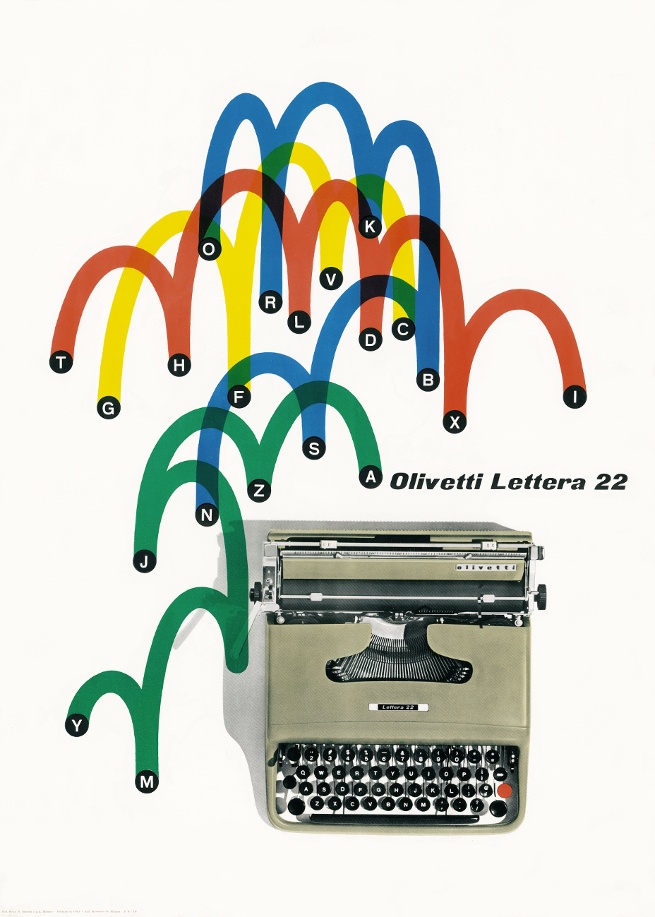 Olivetti: Beyond Form and Function

Founded as a typewriter manufacturing company by Camillo Olivetti in 1908 in Ivrea, Italy, Olivetti is considered one of the leading manufacturers of the mid-20th century. Recognising the importance of design over pure functionalism, a concept largely owed to his son, Adriano Olivetti, the company produced some of the most iconic hand-typing devices and early computers of the 20th century: from the Lettera 22 (1950) and Valentine (1969) typewriters, to the Elea 9003 (1959), Italy’s first computer, and the Programma 101 (1965), the first commercially produced desktop computer.

This display presents photographs, films and ephemera relating to Olivetti’s graphic and spatial design, as well as architecture. Focusing largely on the industrial boom of the post-war era, the display will cover a key period in Olivetti’s history, a time which saw the creation of the iconic Valentine typewriter and the company’s increasing move towards computer technologies.

Olivetti’s innovative design ethos extended beyond its products and can be found in its advertisements, considered pioneering for the ways in which they communicated complex, extensive information through a bold, simplified aesthetic, but also through interior design and architecture, as seen in the company’s numerous showrooms and shop window displays which were conceptualised and transformed into unique installations. One example of this is the London Kingsway showroom, created by Australian designer Gordon Andrews and FHK Henrion, a key figure of British post-war design who had close links to the ICA.

In January 2016, Olivetti launched the first edition of the Olivetti Design Contest, an industrial design contest engaging with some of the most prestigious Italian design academies and universities. Learn more.

Part of the London Festival of Architecture