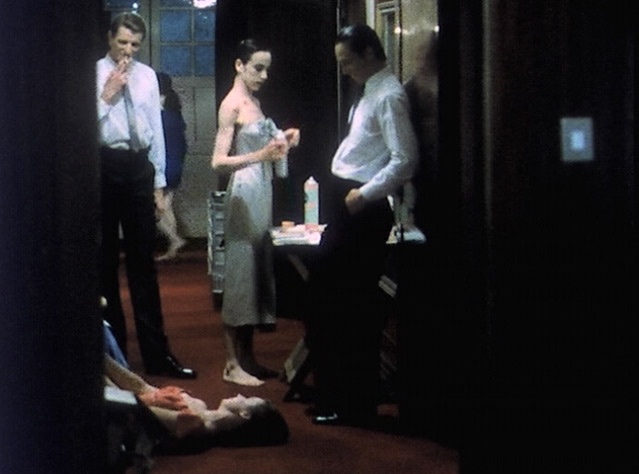 A Nos Amours continues a retrospective of the complete film works of Chantal Akerman with two shorter films from 1983: one a subtle study of the great, recently deceased choreographer Pina Bausch, and the other a delightful Kafkaesque comedy.

Introduced by artist filmmaker and curator Lucy Cash. We're also delighted to be joined by Chantal Akerman for this screening.

Wim Wenders has recently made a film about Pina Bausch – but this film predates it by some decades, and is a very different object altogether. Comparison will be intriguing.

Akerman and Bausch: two remarkable women makers. One is a maker of theatrical dance works, taking commonplace gestures and transforming them into extraordinary pageants, while the other is a maker of wonderfully choreographed compositions made of rhythmical everyday elements.

Both offer an aesthetic that rearranges expectations of what matters. Both women have worked at the coal face of what women are dealing with, living with, and making the most of.

The encounter is not a confrontation, it is a meeting of sensibilities, a perfect combination of a filmmaker’s sage framing of a dance-maker’s flamboyant worldmaking.

A wonderfully wry and spritely comedy, in which Akerman plays herself returning from her travels only to find a man who had been staying in her apartment annoyingly is still in residence.

Infuriatingly, he is writing, and writing prolifically as his noisy typewriter proves. Akerman meanwhile finds herself blocked. The tapping is a torment. A return to the physical performance of the opening third of Je Tu Il Elle, a perfectly realised existential comedy.

Please note that all films are 18+ unless otherwise specified.