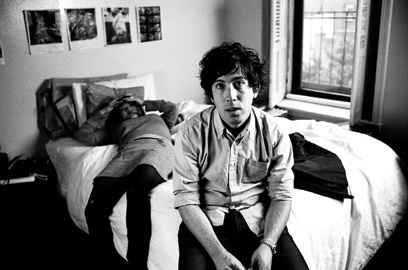 "If Cassavetes had directed a script by Eric Rohmer, the result might have looked and sounded like [this]" Variety

"Bujalski's writing is so good, and every shot and edit seems exactly right. Hopefully, there will always be a place for a film like this, no matter the whims of the marketplace." San Francisco Chronicle

Following the March release at the ICA of Andrew Bujalski's debut Funny Ha Ha, we bring you the director's acclaimed second film. A broader piece than its predecessor, Mutual Appreciation travels off in numerous directions but always returns to the triumvirate of Alan - a musician who comes to New York to put together a band, Alan's old friend and eternal student Lawrence, and Lawrence's girlfriend, journalist Ellie. Beautifully shot in 16mm black-and-white, this carefully structured and sharply observed film almost feels as if it's making itself up as it goes along, happy as it is to follow each character on his or her own personal voyage of self-discovery.