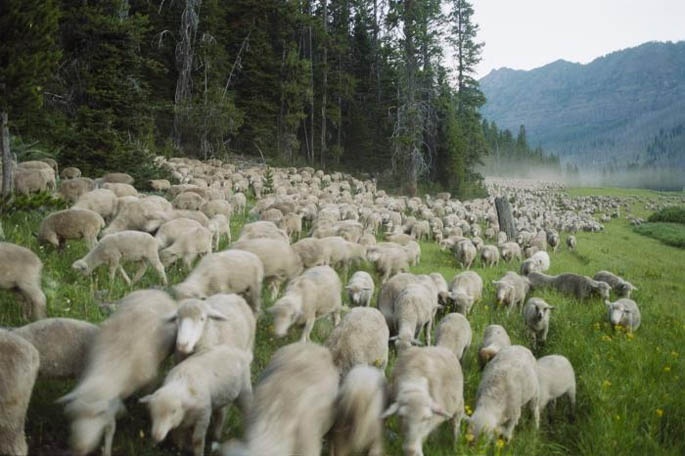 An unsentimental elegy to the American West, Sweetgrass follows the last modern‐day cowboys to lead their flocks of sheep up into Montana’s Absaroka‐Beartooth mountains for summer pasture.

This astonishingly beautiful yet unsparing film reveals a world in which nature and culture, animals and humans, vulnerability and violence are all intimately meshed.

Also showing from 29 November - Leviathan
From the director of Sweetgrass comes one of the year's most anticipated documentaries. Leviathan has won wide acclaim for its innovative and unprecedented approach to documentary making, taking us deep into the dangerous world of commercial fishing.