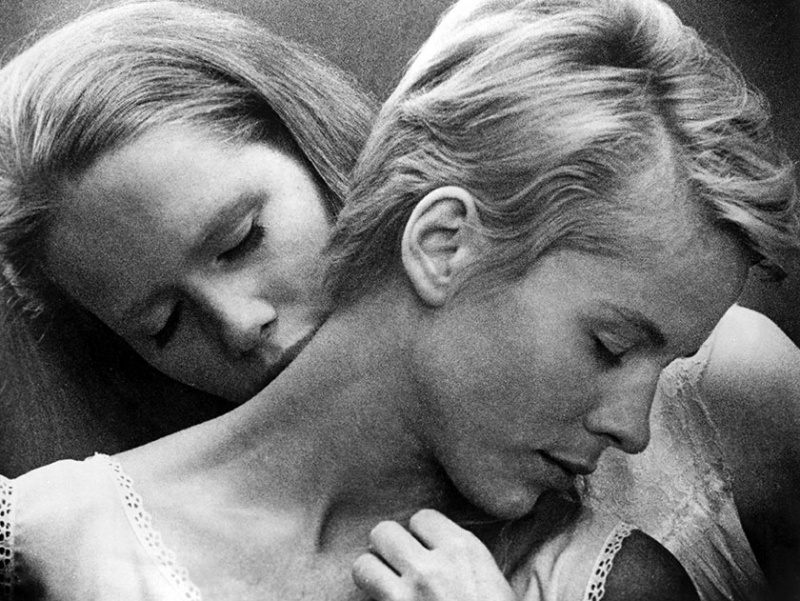 Elizabeth, a famed stage actress (played by Liv Ullmann in her first Bergman role) suddenly lapses into silence during a performance of Electra. Alma, a nurse (played by Bibi Andersson) is charged with the actresses’ care, first at a clinic and then at a remote summerhouse loaned to them by Elizabeth’s psychiatrist. As Alma struggles to reach her mute patient, the two women find themselves experiencing a strange emotional convergence. Persona’s dense theatrical drama is matched by Bergman’s deeply experimental formalist interjections, as the director seems to burn, tear, and break the screen itself. From its frenzied opening montage, Persona remains as radical as it was in 1966.