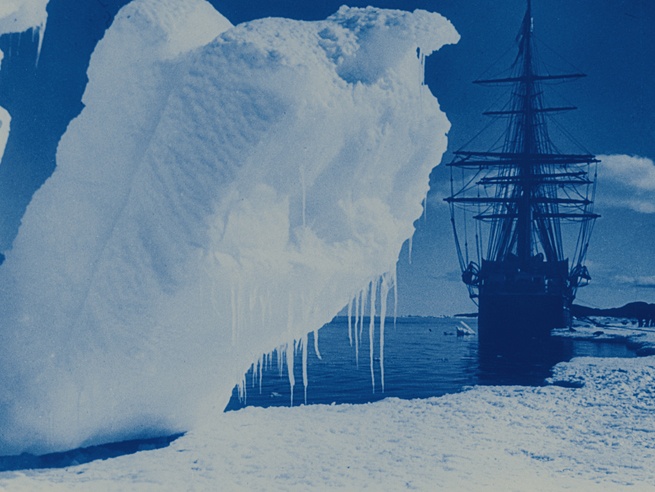 In 1910, Captain Robert Falcon Scott led what he hoped would be the first successful team to reach the South Pole. But the expedition also had a complex (and completely genuine) scientific brief. Scott's decision to include a cameraman in his expedition team was a remarkable one for its time, and it is thanks to his vision - and to Herbert Ponting's superb eye - that, a century later, we have an astonishing visual account of his tragic quest.

Scott described Ponting as 'an artist in love with his work', and after the expedition's tragic outcome Ponting devoted the rest of his life to ensuring that the grandeur of the Antarctic and expedition's heroism would not be forgotten - the images that he captured have fired imaginations ever since. The BFI National Archive - custodian of the expedition negatives - in 2010 restored the film using the latest photochemical and digital techniques and reintroduced the sophisticated use of colour. The alien beauty of the landscape is brought dramatically to life, showing the world of the expedition in brilliant detail. A newly commissioned score by Simon Fisher-Turner was also added.

Please note that you must be logged in as an ICA Member to book tickets for this event.