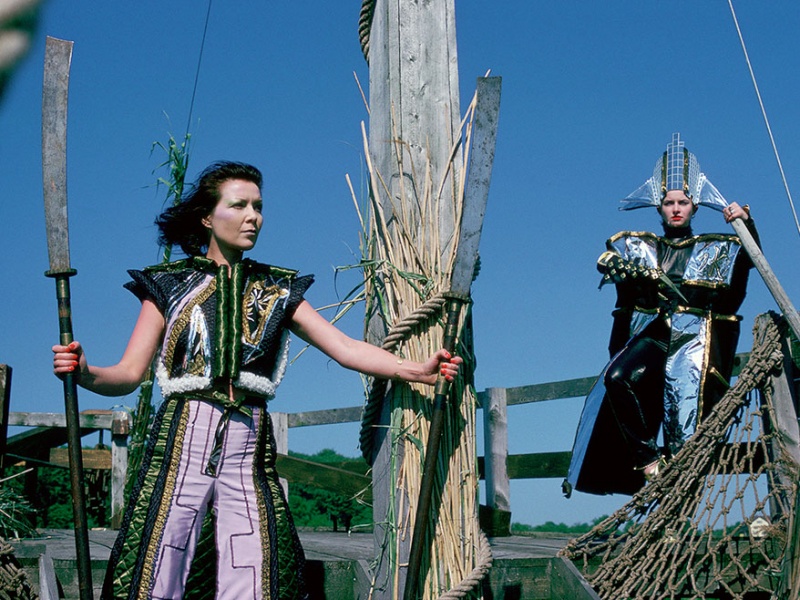 Ulrike Ottinger’s rarely seen first feature, follows the notorious pirate queen Madame X as she gathers a group of women, bored with their everyday lives, to join her on her ship Orlando. Subverting the traditional male-centered pirate tale, the womens’ postmodern search for self-transformation routes through conflict and destruction and places them at odds with the rituals of the outside world. This highly aestheticised adventure about love, death and utopia, stars choreographer and filmmaker Yvonne Rainer, among others, and screens from a 16mm print.

Ulrike Ottinger (b.1942, Konstanz) is a German artist and filmmaker. In the former West Germany, she established a prolific career making numerous feature-length films including Madame X: An Absolute Ruler (1977), the Berlin Trilogy’s Ticket of No Return (1979), Freak Orlando (1981) and Dorian Gray in the Mirror of the Yellow Press (1984). Her latest film is a 12-hour ethnographic documentary titled Chamisso’s Shadow (2016). She moved to Berlin in 1973 where she still lives and works today.