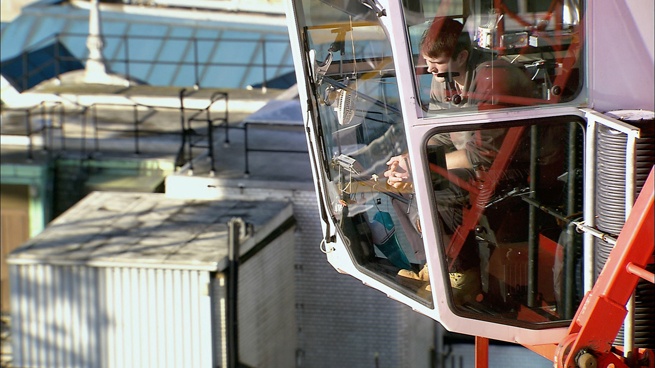 Originally from Germany, Eva Weber is a London-based director working in documentary and fiction. She has directed a number of multi-award-winning short documentaries, with international stories at their heart, from the reindeer herdsmen of Finland to the students of Guinea revising for exams bathed in the orange light of petrol stations, to a closer-at-home study of lonely crane operators.

Her film The Solitary Life of Cranes was described as 'one of the most absorbing documentaries of the year' by The Observer. Her most recent documentary Black Out won Best Emerging UK Director Award for at the Open City Film Festival. She has just completed a fiction short, Field Study, produced through the BFI Shorts scheme.

Join us for 'Meet the Filmmaker' drinks in the ICA Bar afterwards, courtesy of Lighthouse in association with the BFI.

Lighthouse is a Brighton-based digital culture agency and Executive Producer of the BFI Shorts scheme: www.lighthouse.org.uk