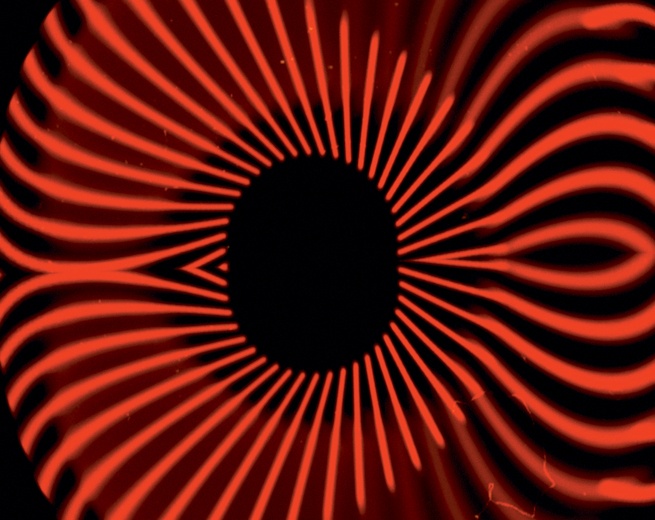 Ghost Box is a record label founded in 2004 that unites a small roster of creative talent with a common visual and sonic aesthetic. Inspired by an imagined and misremembered past, this musical and visual world is distinctly British in its sensibilities, condensing a cultural timeline from the early sixties through to the early eighties into one simultaneous and eerily familiar moment.

Julian House’s video for the label is a peculiar mélange of children’s television, 1960s underground animation and evolving op-art mandalas. Using a combination of new digital and old analogue techniques they conjure a world where TV station indents become occult messages and films for schools are exercises in mind control and collective hallucination.

Ghost Box will be screening two film pieces with music and sound by various Ghost Box artists in collaboration with the group Broadcast, these are bookended by a collection of short idents, animations and music promos. Followed by a Q&A with Bob Stanley (St Etienne).

Join us in the bar afterwards, with Ghost Box DJs and DJ Bob Stanley plus Ghost Box visuals.