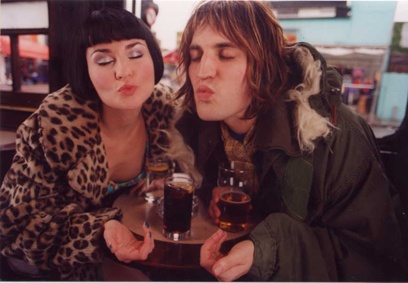 To kick off this year's London Short Film Festival we acknowledge the debt of comedy to short film by screening shorts starring Johnny Vegas, Mackenzie Crook, The Mighty Boosh, Martin Freeman and Kris Marshall, with live comedy and a party in the bar.

Live: Jarred Christmas (The Geek Show / That Film Show / Flight of the Conchords)

Jarred Christmas has a unique style that deftly mixes gags with storytelling. He has a dynamic onstage persona and the ability to improvise and roll with anything that's thrown his way, making his comedy sizzle with originality.

As a band BA5 describe themselves as a productive and mutually beneficial friendship between Trent Reznor, Prince, Big Black and Les Savy Fav, so expect similar sounds as they man the decks tonight.

Fay Milton is Buzzard Buzzard; she has worked at Cargo and with The Hertitage Orchestra and Schlmo, as well as being part of SeaBuzzard who have made music videos for The Noisettes, The Mystery Jets and Foals amongst others.

Supported by 2entertain and Vauxhall.