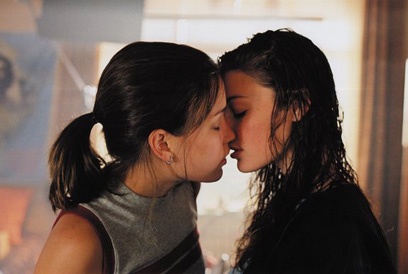 Léa Pool's contribution to women's film is often overlooked. Fifteen years after her groundbreaking depiction of lesbian love in the ponderously stylish Anne Trister, sapphic love receives an injection of post-Queer energy. The frisson of boarding school antics and a starlet cast (Mischa Barton, Piper Perabo) doesn't, however, distract Pool from an unflinching portrayal of first love. This is the first ever UK screening of Lost and Delirious, and there's a school disco in the bar on the Friday following the film.