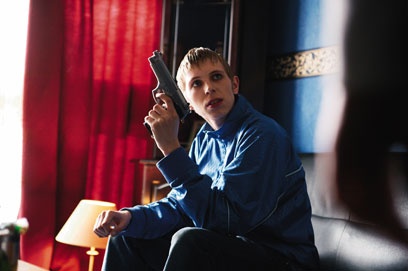 The Lives of the Saints

A distinctive vision from co-directors Rankin and Chris Cottam, set amidst a streetwise world of criminals, schemers and dreamers in the Green Lanes area of Harringay, North London. With a script from Tony Grisoni (In This World, Brothers of the Head), this is a daring debut that's not content to look and sound like any other contemporary British film.

Prior to the screening on Weds 24 Jan at 6.30pm, there will be a brief introduction by the film's directors Rankin and Chris Cottam.