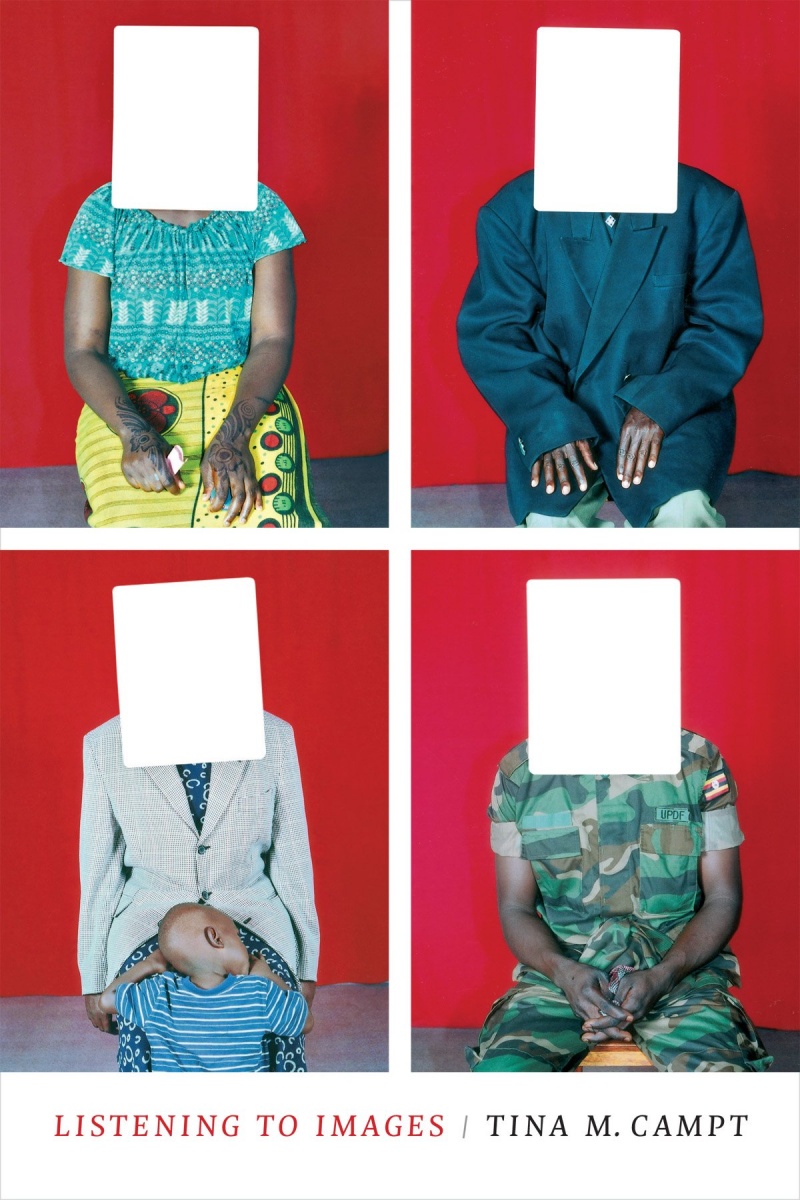 Listening to Images: A Conversation

Tina Campt, Professor of Africana and Women's and Gender Studies, Director of the Barnard Center for Research on Women, and Chair of the Africana Studies Department at Barnard College-Columbia University, presents work from her recently published book Listening to Images (Duke University Press, 2017). This publication theorises the everyday practices of refusal and fugitivity enacted in a frequently overlooked genre of black vernacular photographs she calls ‘quiet photography.’ Her talk is followed by a conversation with Rizvana Bradley, Assistant Professor of Film and Media Studies and African-American Studies at Yale University. Their discussion will explore the historicisation of different photographic archives within the Afrodiaspora, ranging across American, European and South African contexts, and will touch upon the global circulation of black iconicity and the possibilities for visual resistance within images of vulnerability and captivity.

Rizvana Bradley is Assistant Professor of Film and Media Studies and African-American Studies at Yale University. Currently she is finishing the year as a Visiting Research Fellow in the History of Art Department at University College London. She holds a BA from Williams College and a PhD from Duke University. She was a Helena Rubinstein Critical Studies Fellow at the Whitney Museum of American Art in New York. Her forthcoming book manuscript received a Creative Capital | Andy Warhol Foundation Arts Writers Grant.  She was the guest editor of a special issue of the journal Women and Performance: A Journal of Feminist Theory, and has published articles in TDR: The Drama Review, Discourse: Journal for Theoretical Studies in Media and Culture, Rhizomes: Cultural Studies in Emerging Knowledge and Black Camera: An International Film Journal, and was also recently appointed Assistant Editor at the journal boundary 2.

Tina Campt is Ann Whitney Olin Professor of Africana and Women’s Gender and Studies, Director of the Barnard Center for Research on Women and Chair of the Africana Studies Department at Barnard College-Columbia University. Campt’s published work explores gender, racial and diasporic formation in black communities in Germany, and Europe more broadly. She is the author of two books: Other Germans: Black Germans and the Politics of Race, Gender and Memory in the Third Reich (2004), an oral history that explores the experiences of Black Germans during the Third Reich, and Image Matters: Archive, Photography and the African Diaspora in Europe (2012), which theorises the affects of family photography in early twentieth century Black German and Black British communities. Campt has edited special issues of Feminist Review, Callaloo and small axe, and together with Paul Gilroy, co-edited Der Black Atlantik (2004).

Part of: Crossings: Stories of Migration