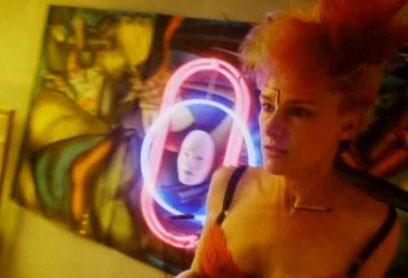 A time-capsule cult movie from 1982: A pleasure-seeking alien lands in downtown New York and gets caught up in a world of casual sex and heroin abuse (the title itself is slang for 'heroin') by insinuating itself into the lives androgynous hipsters Margaret and Larry (both played by Anne Carlisle). Curiously cool, with plenty of early '80s fashion, a vivid colour scheme and a weird, pulsing electronic score.