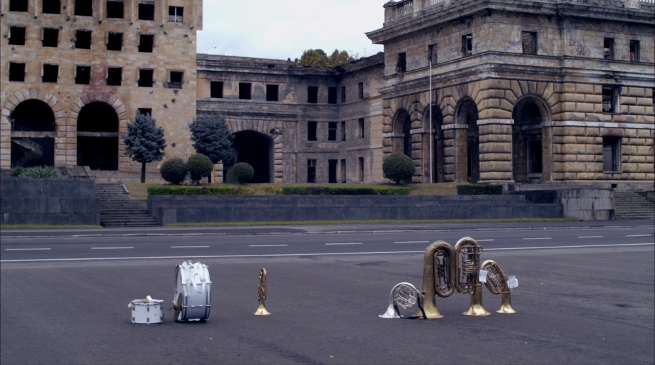 Director Eric Baudelaire joins us for a Q&A on 2 October.

When artist and filmmaker Eric Baudelaire posted a letter to Maxim Gvinjia, Abkhazia’s former Minister of Foreign Affairs, he expected it to be returned ‘destination unknown’. To his surprise, he received a phone call from Max.

So began a conversation between them chronicling the contested state of Abkhazia, situated on the eastern coast of the Black Sea, which seceded from Georgia during the 1992–93 Civil War and remains a disputed territory. This is a country that, technically, to us in the UK does not exist; its independence only recognised by a few nations - and so occupies an odd place in both the international community's, and its own, consciousness.

Documenting this correspondence, Letters to Max—a hit on the festival circuit, including Toronto and Rotterdam—is a resonant and timely meditation on a country’s physical and legal space, and how new places might be imagined into existence, raising intriguing questions of identity, nationhood and what it takes for a country to become 'real'.