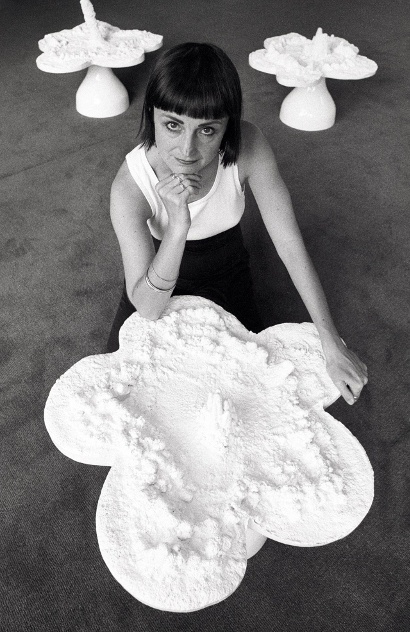 The Legacy of Helen Chadwick

Helen Chadwick's work came to prominence with her ICA solo exhibition Of Mutability (1986-87), a large installation involving sculpture and photography. Appearing at the intersection of conceptual-performative art and feminist thinking, her innovative and provocative use of a rich variety of materials, such as flesh, flowers, chocolate and fur, was hugely influential on a younger generation of British artists. In 1987, Chadwick became one of the first women artists to be nominated for the Turner Prize. Her sudden death in 1996 shocked the art world, interrupting the brilliant life of the artist at the apex of her career.

The Legacy of Helen Chadwick

Chadwick influenced and taught an entire generation of contemporary British artists through her teaching posts at Goldsmiths College, London; Chelsea College of Art & Design, London; and Central St. Martin's, London. Her work can be found in many major international collections including the Tate Collection, London; Victoria & Albert Museum, London; and MoMA, New York.

Louisa Buck is a critic and contemporary art correspondent for The Art Newspaper. She was also a jurist for the 2005 Turner Prize, awarded to Simon Starling's Shedboatshed.

Cathy de Monchaux is an artist who lives and works in London. In 1998 she was shortlisted for the Turner prize for her solo show at the Whitechapel Gallery. She is currently working on a show at Leeds Art Gallery for 2017. She participated in many international group shows alongside Helen Chadwick including the Biennale of Sydney, 1992 and Biennale of Sao Paulo, 1995.

Frances Morris is Director of Collection, International Art at Tate Modern and responsible for Tate's acquisition's programme of art from across the world from 1900 to the present day. Specialising in post-war European and contemporary international art, she has also curated projects with many contemporary artists from Britain and abroad.

Gavin Turk (b 1967) is a British born, international artist. He has pioneered many forms of contemporary British sculpture now taken for granted, including the painted bronze, the waxwork, the recycled art-historical icon and the use of rubbish in art. He currently has an interventional show at the Freud Museum, London, titled ‘Wittgenstein’s Dream'.

Marina Warner is a British novelist, short story writer, historian and mythographer. She is known for her many non-fiction books relating to feminism and myth. She has written for many publications, including The London Review of Books, the New Statesman and Sunday Times. She has been a visiting professor and taught on the faculties of many universities.