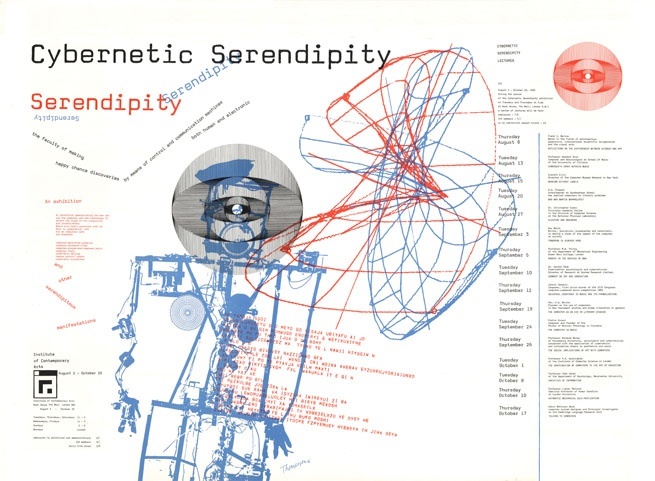 The Legacy of Cybernetic Serendipity

Paul Pieroni is Exhibitions Curator at SPACE, London, where he runs an acclaimed programme of exhibitions and events. In recent years SPACE has presented UK debut solo exhibitions by Aleksandra Domanović, Marlie Mul and Max Brand as well as survey projects exploring the work of Jo Spence, Raymond Pettibon, Bernadette Corporation and Paul McCarthy. Pieroni is a regular visiting lecturer at Goldsmiths and The Royal College of Art and writes for a number of publications, including frieze and Art Review.

Peter Zinovieff is an inventor and composer, whose work featured in the Cybernetic Serendipity exhibition. In 1968 and until the late 70s, he developed Electronic Music Studios (EMS) a company inventing and designing synthesisers such as the VCS3, AKS and Synthi 100. Most notable pop musicians of the 60s came to the studio, but its real purpose was to fund the serious work of composing electronic music and particularly for ground-breaking work on computer music. Zinovieff worked closely with avant-garde classical composers, such as Harrison Birtwistle and Hans Werner Henze who became close friends. He then worked for many years on the libretto for Harrison Birtwistle’s opera The Mask of Orpheus and more or less retired.