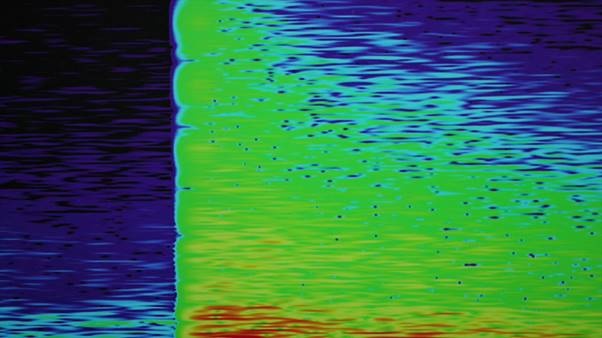 The earlier sound work Language Gulf in the Shouting Valley (2013) exemplifies his interest in the acute interplay of the voice in 21st century politics as the Druze community living between Palestine, Israel and Syria, depicted over various recordings.

This screening presents a unique opportunity to view and listen to the several pieces of the artist’s work in the auditorium-like environment of the ICA Cinemas.

Lawrence Abu Hamdan holds a master’s degree in Research for Forensic Architecture at Goldsmiths, University of London, where he is also a PhD candidate and is a fellow at the Vera List Centre for Art and Politics at the New School, New York. He has made sonic analyses for legal investigations at the UK Asylum Tribunal and advocacy for organisations such as Amnesty International and the Defence for Children International. In 2016 Abu Hamden was the recipient of the Nam June Paik Award and is currently shortlisted for the 2017 Jarman Award. He is currently a resident on the DAAD residency programme in Berlin.

Recent solo presentations took place at Maureen Paley, London (2017), Contra-Diction: Speech Against Itself (performance), Le Centre Pompidou, Paris, France and Earshot, Portikus, Frankfurt, Germany (both 2016). He has participated in group shows including The Image of War, Bonniers Konsthall, Stockholm, Where do I end and you begin – On Secularity, Göteborg International Biennial for Contemporary Art 2017 and No to the Invasion: Breakdowns and Side Effects, The Center for Curatorial Studies, Bard College, New York, among others.