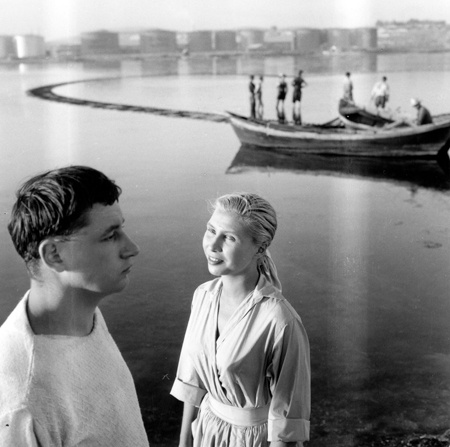 Agnès Varda's film career began with this graceful, penetrating study of a marriage on the rocks. The film weaves two tales together: one follows a young couple (including a young Phillipe Noiret of Cinema Paradiso fame) as they visit a small Mediterranean fishing village to decide whether to stay together or break up, and the other follows the residents of the village, largely fishermen and their wives and children as they live their lives - disputing fishing rights with government inspectors, suffering the death of a young child and falling in and out of love. A gorgeously filmed, radical debut that still has the power to change the way we look at cinema.