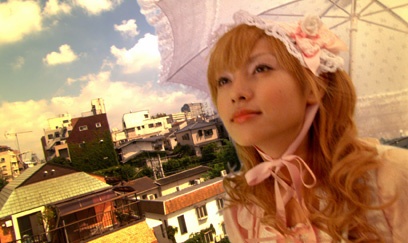 Momoko escapes from the boredom of her humdrum hometown by swathing herself from head to toe in doll-like 'Lolita' garb. One day she meets her opposite on the fashion scale, surly biker chick Ichigo (Anna Tsuchiya, winner of a 2005 Japan Academy Prize for best newcomer). Ichigo takes a liking to Momoko's gutsy nature and the two form an unlikely alliance. A frenetically comic journey into Japan's youth subcultures, based on a graphic novel by cult manga creator Novala Takemoto.

Part of: A Life More Ordinary: A Portrait of Contemporary Japanese People on Film