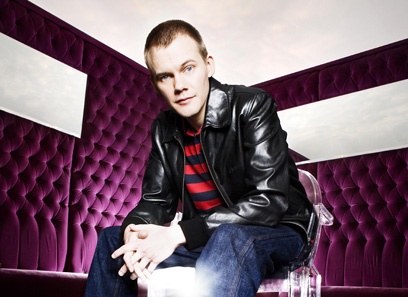 Starz in their Eyes made Just Jack a massive star early this year, and the album, Overtones, duly went Top 10. Jack tasted success years ago, though - he got a four-album record deal after giving a demo tape to the owner of the record label he worked at, and his first album, 2002's The Outer Maker excited pretty much anyone who got hold of it. Trouble is, it didn't much trouble the charts. Enter Elton John, who heard Jack and alerted his management team to his huge potential. Thanks Elton! Give us a ring and we'll put you on the guest list.