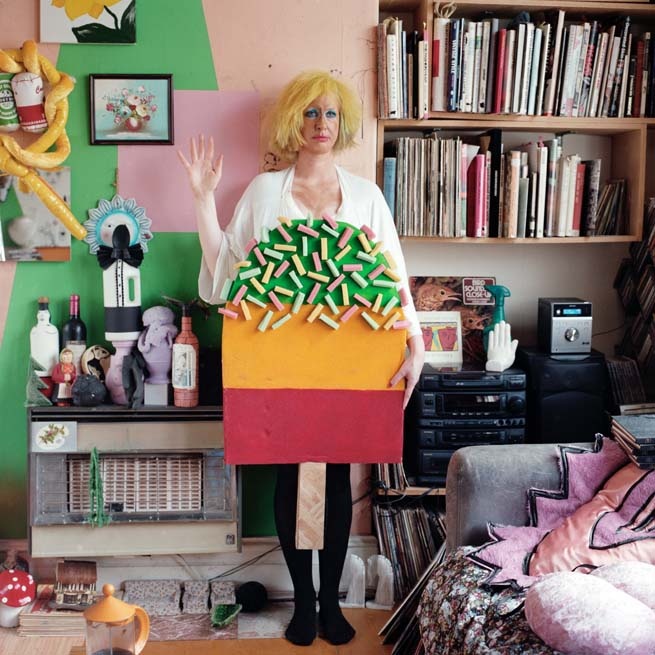 Julie Verhoeven: Whiskers Between My Legs

Artist and designer Julie Verhoeven creates an immersive installation in the Fox Reading Room that explores concepts of femininity and how they are represented in popular culture, both past and present. Primarily known for her work as a fashion designer and illustrator, this display highlights Verhoeven’s increasing interdisciplinary practice throughout the visual arts, from fashion illustration, to installation and film.

Using an array of collaged fabrics draped throughout the space, this installation creates a distorted vision of the representation of female identity, inviting visitors to gaze into and enter what Verhoeven describes as a ‘grotto of visual excess’. A newly commissioned film, referencing female seduction, titillation and perversion plays throughout the space from monitors placed within the basins of quilted toilet seats. Verhoeven aims to creates a playful, yet visually cacophonic and ominous environment that defies and questions our own perceptions of femininity gender and taste.

Accompanying the Reading Room display is Gusset, a publication by Julie Verhoeven available for purchase in the ICA bookshop.

This display was made possible by the Julie Verhoeven Supporters Group, Valeria Napoleone and The Rug Company.