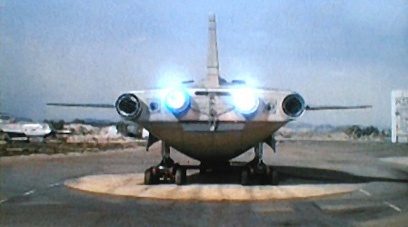 Journey to the Far Side of the Sun (Doppelganger)

Entertaining 1960s British sci-fi adventure, beautifully shot in Cinemacope, produced by Thunderbirds creator Gerry Anderson and featuring his famed special-effects and modelwork. There are shades of The Twilight Zone in this story of the discovery of a new planet orbiting the sun at the point directly opposite to Earth. A pair of astronauts are sent to investigate this new world, although their early return home prompts some eerie discoveries.