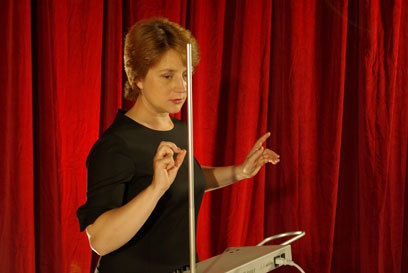 The films of Jesse Jones use the forms of popular cinema and music to reveal the hidden social and political histories of everyday life. This screening features a trilogy of films addressing the legacy of Marxism, including one based on a performance of the Internationale by Lydia Kavina, a theremin virtuoso. Jones will also screen 1929 Soviet satire The New Babylon, a film about the Paris Commune that has influenced her work.