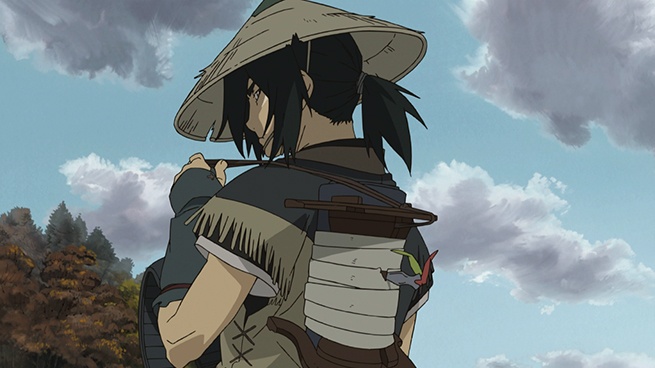 The Japan Foundation Touring Film Programme 2018: Sword of the Stranger

In feudal Japan, young Kotaro is pursued by the royal army of China's Ming Dynasty. When his loyal dog Tobimaru is injured in an ambush, Kotaru reluctantly recruits a mysterious, nameless samurai as his bodyguard. 'No-name' has a guilty past however, and his own inner demons to battle.

A classic animation which celebrates its tenth anniversary, this breathtaking and thrilling action anime features stunningly animated fight scenes and is produced by Studio Bones, the legendary animators behind Fullmetal Alchemist and Cowboy Bebop.

This film is rated 15