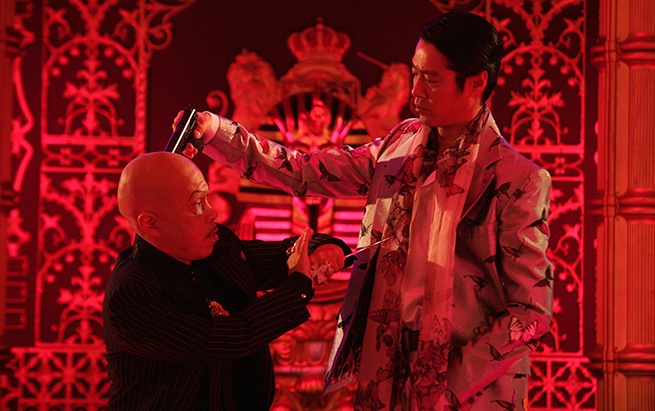 Reiji Kikukawa (Toma Ikuta) is an inept rookie cop with a strong sense of justice. Fired for trying to arrest a city councillor caught molesting a teenage girl, he is secretly re-hired as an undercover agent and sent on a mission to infiltrate Sukiya-kai, Japan's most notorious Yakuza clan.

Suffering various hardships along the way, Reiji fights to survive the ruthless Yakuza world by becoming a sworn brother to the senior member, Crazy Papillon (Shinichi Tsutsumi), all the while acting as an informer to the police.

Coinciding with the celebration of the release of his hundredth film, this hilarious and energetic manga adaption by cult classic director Takashi Miike is not to be missed.