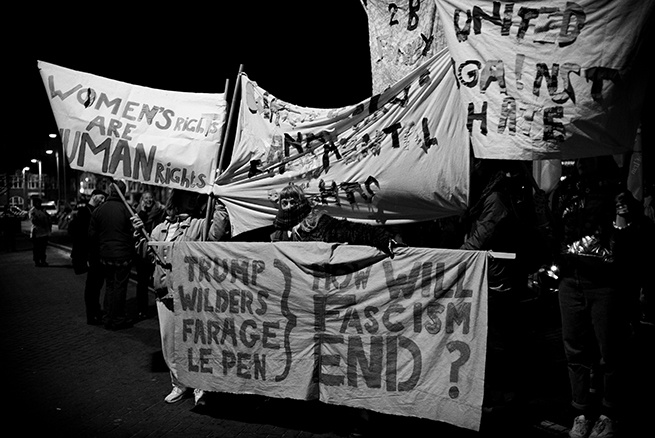 Jan-Werner Müller: What is the Problem with Populism?

Across the course of In formation, a number of participants address the state of democracy today. In light of the inflationary use of the word 'populism' in our time, Jan-Werner Müller presents a talk asking what populism actually is and what might be problematic about it for democracy, with a following response and audience discussion led by journalist Ash Sarkar.

Müller addresses the question of whether right-wing populism should be opposed with left-wing populism and asks what populists actually do when they gain power. He suggests a number of cultural strategies for engaging with populist parties and movements.

This presentation is followed by a smaller, informal discussion group led by Ash Sarkar, open to all those who wish to join.

Ash Sarkar is Senior Editor of Novara Media and presents her own video series OMFG covering topics from race to gender and global politics. She is a Politics Lecturer at Anglia Ruskin and will be teaching a Masters on Film, Graphic Design and Propaganda from September 2017 at the Sandberg Instituut in Amsterdam. Her political activities range from anti-austerity activism and a range of anti-racist campaigns. She also writes on arts and culture and is a published poet.

Jan-Werner Müller is Professor of Politics at Princeton University. He is author of several books, most recently What is Populism? and Contesting Democracy: Political Ideas in Twentieth Century Europe. He contributes regularly to London Review of Books, the Guardian, and the New York Review of Books.